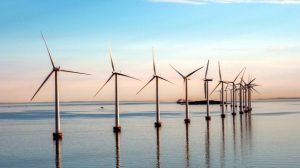 Crown Estate Scotland announced the outcome of its hotly contested process for ScotWind Leasing, the first Scottish offshore wind leasing auction in over a decade. Launched in mid-2021, the auction created strong competition among major oil and renewable energy companies each seeking a piece of the lucrative opportunities.

Announcing the results, the Crown Estate reported that they had received a total of 74 applications for the leases that in total cover between 2,700 and 3,300 square miles of seabed. The proposals were a combination of floating and fixed or mixed projects coming from the best-known companies in the business. The Crown Estate selected 17 projects offering option agreements that are expected to yield $955 million in option fees paid to the Scottish government.  Read on.

gathering of the clans

Steering the Course global women’s sailing festival gets underway in the...